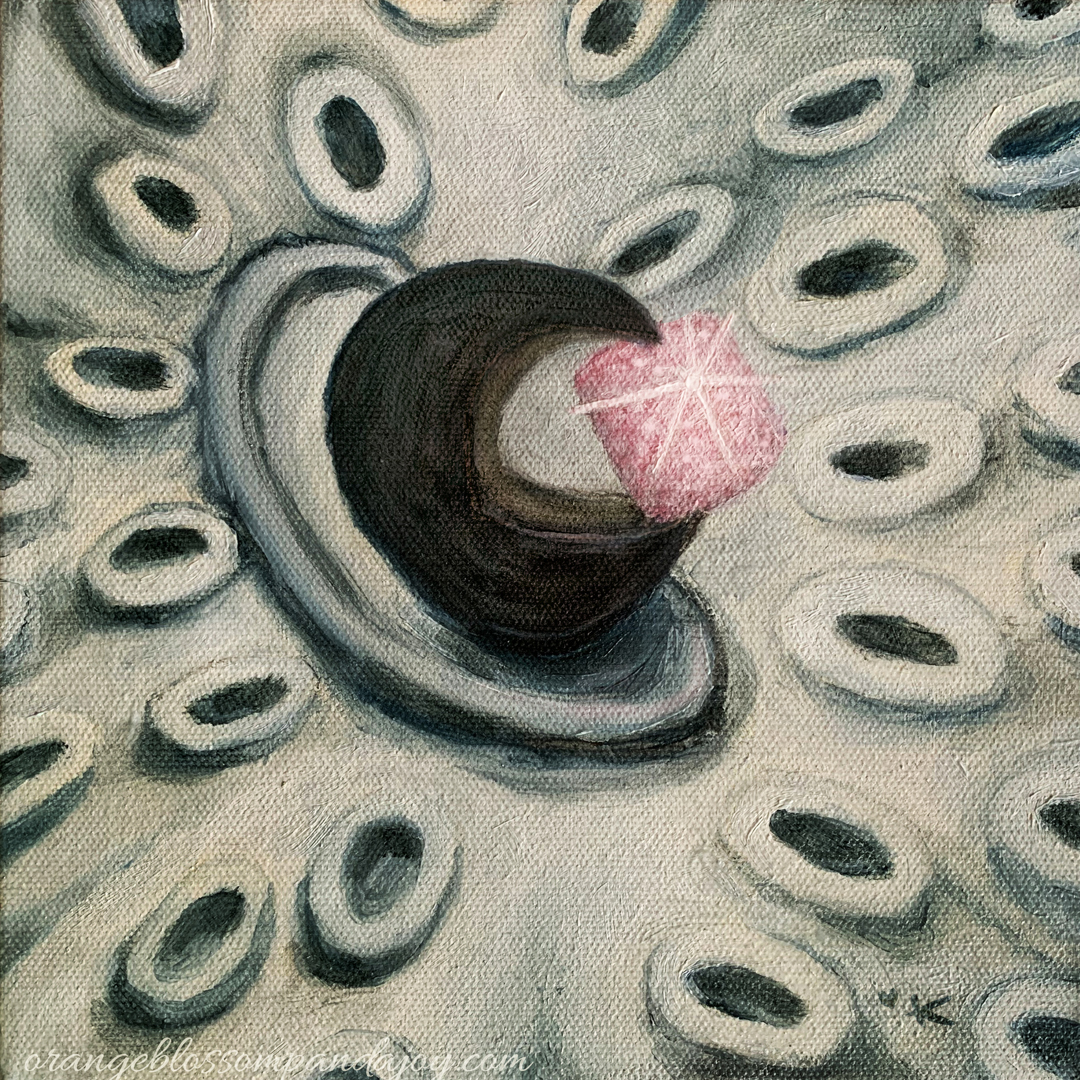 Happy April Fools Day! How do I get away with painting loo roll?!? It’s insanity! But I’ll justify it because it’s pink. (And I pink, therefore I am.) I recently read “Steal Like an Artist” by Austin Kleon and found it freeing. A quick read with good advice about accepting and incorporating influences. Learn from the best. I’m a frequent lurker at Daily Paintworks and they had a Copy and Learn Challenge for March so I did this one and I did learn quite a bit from this painting.

I’ve been working on a series of toilet paper studies and I would never have thought there is a sexiness quotient to toilet paper. I always had a vague sense of disappointment that Richter (or possibly Germans as a group) put the toilet paper on the wrong way round, however after thoughtful consideration of many loo roll still lifes, I realize it’s a very explicit pose this TP is taking!

I’ll leave you with some Richter quotes that resonate deeply with me while I work on my next installment. Bis später dann, xo, k

“Of course I constantly despair at my own incapacity, at the impossibility of ever accomplishing anything, of painting a valid, true picture or even knowing what such a thing ought to look like. But then I always have the hope that, if I persevere, it might one day happen. And this hope is nurtured every time something appears, a scattered, partial, initial hint of something which reminds me of what I long for, or which conveys a hint of it – although often enough I have been fooled by a momentary glimpse that then vanishes, leaving behind only the usual thing.” ~ Gerhard Richter

“The desire to please is maligned, unfairly. There are many sides to it. First of all, pictures have to arouse interest before people will even look at them, and then they have to show something that holds that interst – and naturally they have to be presentable, just as a song has to be sung well, otherwise people run away. One mustn’t underrate this quality, and I have always been delighted when my pieces have also appealed to the museum guards, the laymen.” ~ Gerhard Richter

“One has to believe in what one is doing, one has to commit oneself inwardly, in order to do painting. Once obsessed, one ultimately carries it to the point of believing that one might change human beings through painting. But if one lacks passionate commitment, there is nothing left to do. Then it is best to leave it alone. For basically painting is total idiocy.” ~Gerhard Richter

“I do not mistrust reality, of which I know next to nothing, but I am suspicious regarding the image of reality which our senses convey to us, and which is incomplete and limited. Our eyes have developed such as to survive. It is merely coincidence that we can see stars with them, as well.” ~ Gerhard Richter